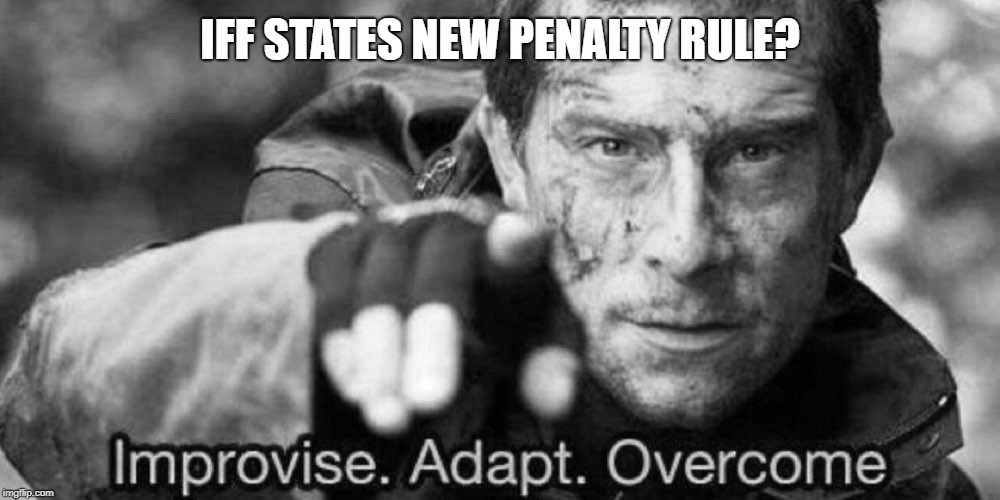 New season, new rules. And the new penalty rule is making our lives harder. Read what Patrick Åman said about it in Blindsave Goalie Camp 2018 and whose live becomes harder as well.
Since the the First of July there are some new rules stated by the IFF. One of them has a huge impact on our game as a goalie. To save your time, here is the new penalty rule:

2) The penalty shot shall be started with the stick and taken from the centre spot.

4) The player taking the penalty shot may play the ball an unlimited number of times and shall follow a continuous movement towards the goal cage. Continuous implies that the player and the ball are not allowed to come to a full stop or change direction away from the goal cage simultaneously. As soon as the goalkeeper has touched the ball or the ball has touched the front face of the goal cage, the player must not touch the ball again during the penalty shot. If the ball hits the front face of the goal then the goalkeeper, and without passing the imaginary extended goal line passes the goal line from the front, the goal shall be allowed. Game time shall be stopped during the entire penalty shot.

5) A player who has incurred a 5-minute bench penalty shall be on the penalty bench during the penalty shot. If player incurring a match penalty the team captain shall choose a field player, who is not already penalized, to serve the bench penalty. (source: International Floorball Federation, 2018)

There is a lot of text standing up there, so we want to “translate” it here for you:
The player is allowed to move the ball backwards, as long the he/she is moving forwards. The table should clarify the rest.

So why does this rule exist? Some people say, that it will make the job of the referee easier when there are zorro-players doing their moves on a penalty. This might be true, as they now can swing around their stick and blade and don’t have to mind about anything as long as they move forward. Others say, there aren’t enough goals in shootouts (or in general), so now there will be more goals, which might be correct as well. Actually, only the IFF knows why they stated it and, in the end, it doesn’t matter. Anyway, it isn’t only making our job as a goalkeeper more difficult, it is also the referee’s job that gets harder. Before the new rule, he only had to look at the ball and if it moved backwards, but now he has to look at the player and the ball at the same time. Actually, the decisions of a referee have now even a bigger impact on the game than before, and to be honest, we aren’t sure if this is the right way.

To us as goalies there is only the question: “What do we have to change in our penalty game?” Well, in Blindsave Camp 2018 we had a group discussion together with Patrik Åman. He told us to be very patient and very quiet during the penalty, but if we were aggressive, then we should be very aggressive. Also, an important point he stated was about “mind games”. Body language, the way you walk in the goal, how you act when you take the goal or how you act when you make the save and many more things that are important. For mind games there is a separate post, that you can find here. Patrick told us also one of his secret tips; that you should be able to reach the post from the position you are kneeling with a dive. We think this tip gains enormous importance due to the new penalty rule.

In the end, only time can tell us if this rule has done good to our beloved game or not. For the new season, we wish every goalie good luck and especially for penalties. As a help for the future, we would like to end this with a meme of a famous survivalist: 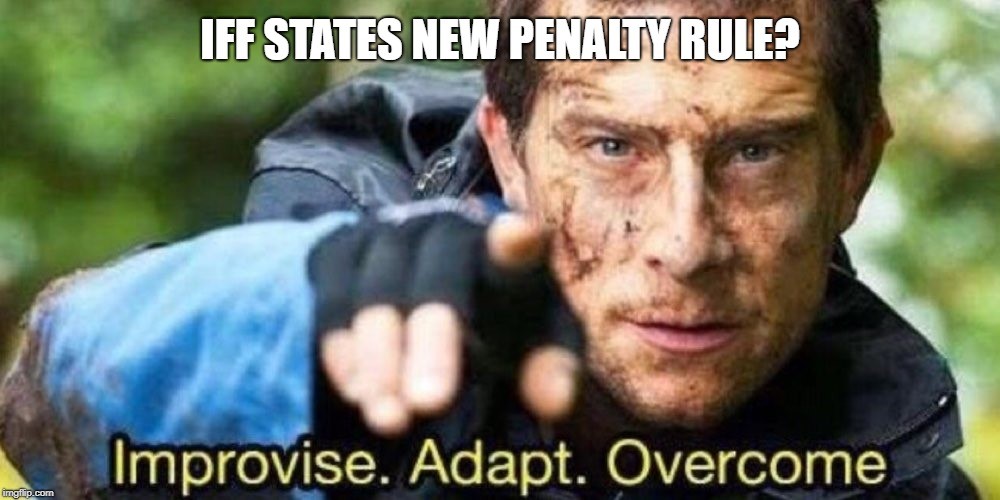