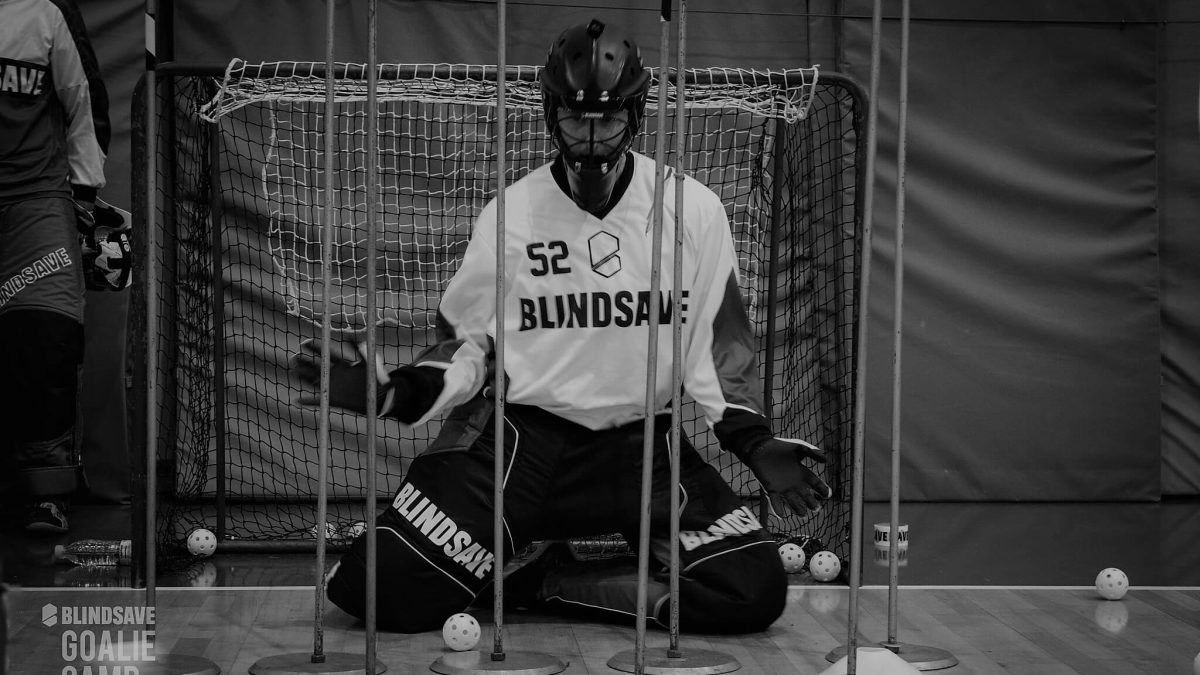 Let us train on saving bouny balls. We guess everybody already had the situation during a game that the ball bounces through the slot and the striker swings his stick and hits the ball perfectly that it bounces or flies straight towards your goal. This ballistic curve of the ball is unfamiliar for a floorball goalie and requires a good reflexes and reaction speed. With this exercise, we want to train these kind of shots and manage it with a tennis racket.
How to do it?