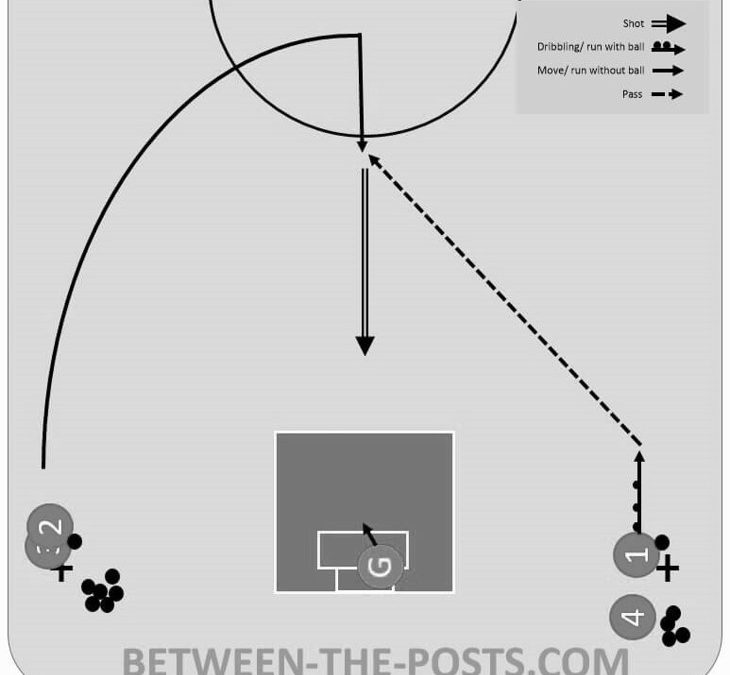 This exercise is very common during the warm up period before a game. It helps the strikers to get a feeling for the ball, the stick and the right touch for goals. For goalies, it is very useful to warm up the hands and get familiar with the slide ability of the floor. The goalie can decide by himself if he needs the focus at the final positioning or the whole motion sequence.
How to do it?

Last words
Depending on the frequency of the exercise, the goalie can train the whole motion sequence or only the part of saving the ball in the right position in the centre. A low frequency gives the goalie the time to reposition himself at the post and prepare himself for the next run. Whereas a high frequency does not give the goalie the time to reposition himself to the post. This results in two options for you as a goalie. The first one is that you only consider every second shot that increases the time to reposition yourself. This is very useful when the training does not allow a lower frequency but you want to train especially the movement from post to centre. The second option is that you focus on the final position and skip the slide from post to centre. The concentration stays at the perfect positioning and adaption of the position related to the oncoming field player.
Post Views: 159
Share
7