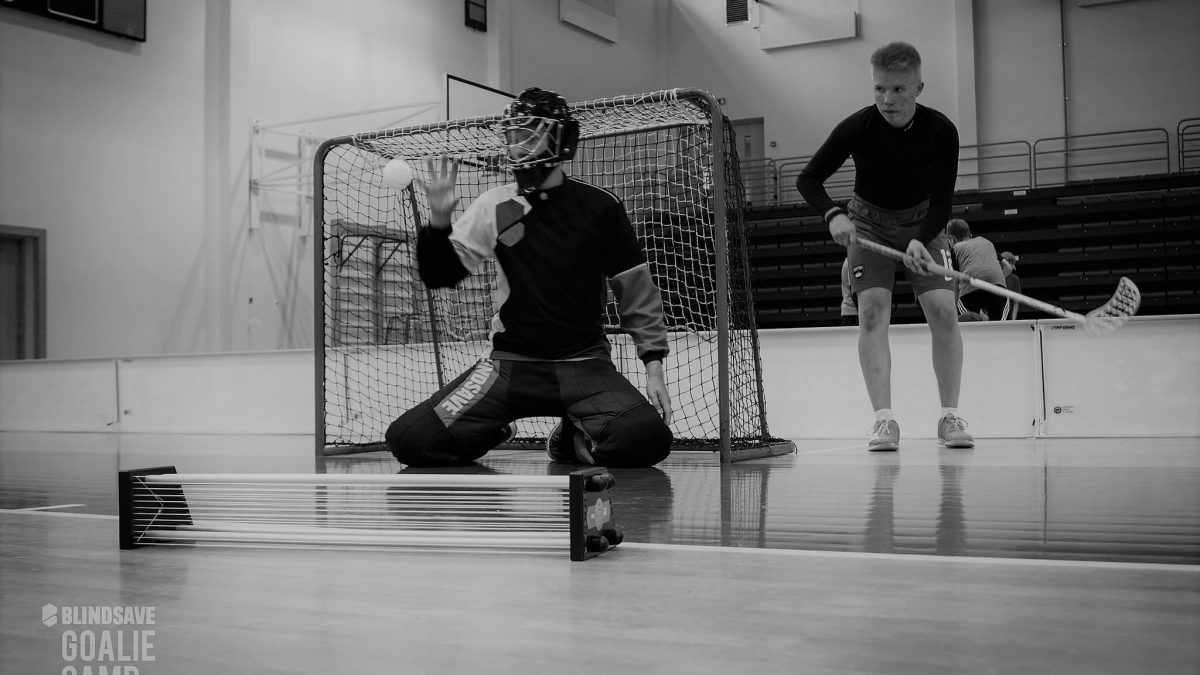 Danger from the back of the goal

Many dangerous situations during a game initiated with a strong pass from the back of the goal to a positioned striker in the slot. The striker only moves his/her blade into the ballistic curve of the ball that the ball bounces against it towards the goal. For us as floorball goalie, these situations are very tricky as it is almost impossible to predict the new ballistic curve. Reflexes, reaction and a good position are the key to success. This exercise trains you to handle these kind of situations.
How to do it?

Summary
Once you start to train this exercise with effort, you will get the success very quick. The key to the success is the focus on the ball and the possible striker – in this case the ballmate. Always keep in mind that the gadget illustrates an additional field player who runs through your slot. Therefore, always scan your slot before the pass comes. It can brings you the decisive second to save the ball.
Post Views: 205
Share
3