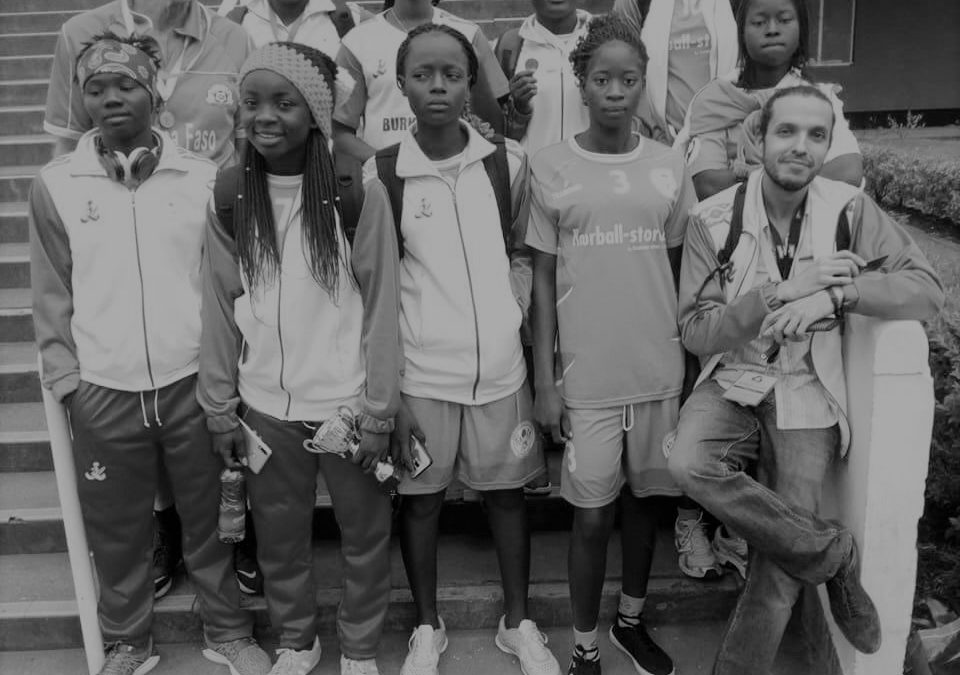 The Burkina Faso women's national team narrowly missed out on defending their title. But with the support of crowdfunding, material donations, sponsors, friends and especially through Göran's commitment to the floorball in Burkina Faso, it was possible after all to send a women's team to Kenia for the Africa Floorball Cup 2019. Last weekend it finally happened: The second Africa Cup took place on 21 and 22 September in Mai International Sports Centre in Nairobi.

A small preliminary round was played in which both teams played against each other twice. Then the deciding final took place - regardless of the results of the other two matches. The game was played in the so-called Urban Floorball concept, where a team plays with three field players and a goalkeeper on the field, duration of the match was 2 periods of 15 minutes.

In the first match of the preliminary round the team of Burkina Faso was confident as title defender and fought for a 4:0 win. The second game seemed harder, and no goals were made by any of the teams. Team Kenya had learned a lot from the first game, changed their play and did not allow any clear scoring chances. All shots on goal were well responded to by the Kenyan goalkeeper.

The decisive game had it then again in itself. After both teams separated after the regular playing time with 1:1, it went directly into a Penalty shoot-out, with a 3 penalties each minimum. The result of the penalty series was 2:1 in favour of team Kenya, securing the gold medal of the Africa Cup 2019.

Kenya was very successful in this year’s Africa Cup as the men's team, the Kenyan team also won their final against Burkian Faso with a 3:1 score.

We congratulate Kenya on their double gold win and Burkina Faso on their double silver. Additionally, we would like to share a special congratulations to goalkeeper Safiatou Ouedraogo on her strong performance during the tournament. The goalkeeper from Burkina Faso played an incredibly strong tournament with a savings rate of 96.87%. Congratulations to all.

All statistics of the Africa Cup 2019 can be found on the official website of the IFF (link).