The Dynamic Half Kneeling Groin Stretch with Tiltu Siltanen

The Extended Half Kneeling Groin Stretch with Tiltu Siltanen 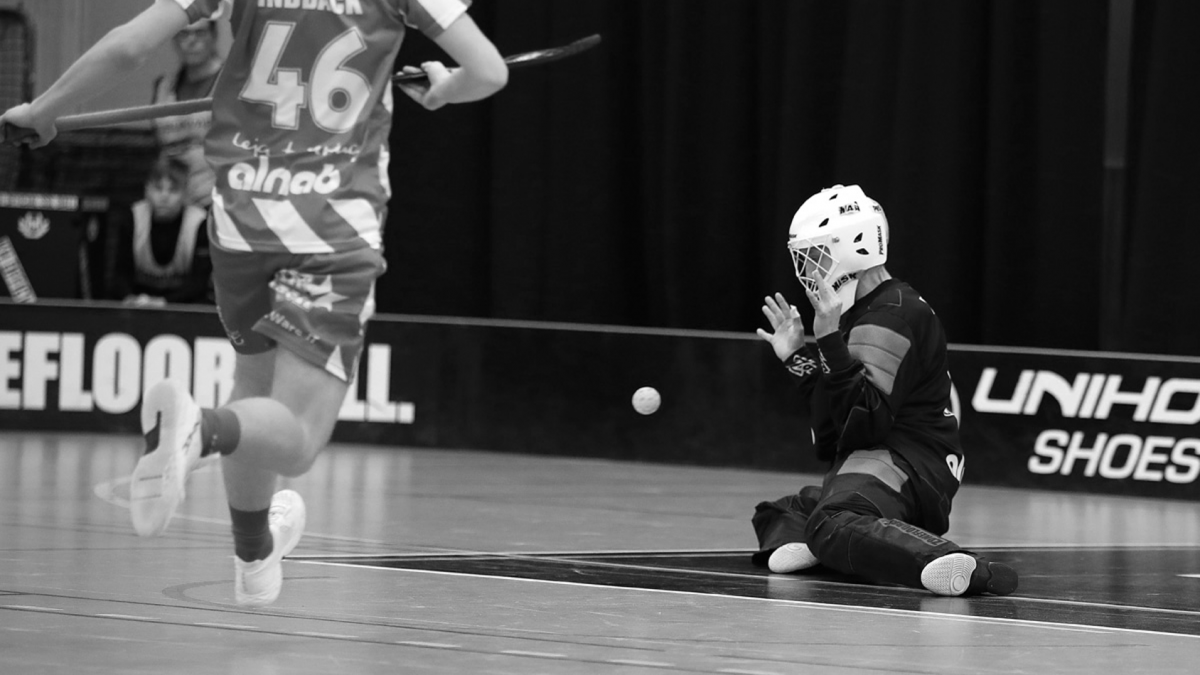 Some goalies have always done it, maybe without even knowing that they were doing it. Some hear of it for the first time and some may already know what ball tracking is and are already practicing it. Most of all, we hope that some of you guys will focus on it in the future.
What is Ball Tracking?
Ball Tracking is explained pretty simple. Follow the ball from the shooters blade onto your body and where it goes afterwards. Basically, we can break it down into four steps:

Let us explain the diffrent steps a bit more:

To be in a good saving position we have to be square to the ball. This is why reading the release of the ball plays maybe the most important role of all. To be in the path of the ball means for us to readjust to the players blade. Just think of a player running a semi-circle from one side of the field to another and taking a sweep shot in the end, while you adjust your positioning following the shooters movement with your whole body. A few things that can help you reading the release of the shot are: looking at the shooters blade, the position of his or her feet and the placement of their upper body.

Following the curve of the ball shot is important, as it might be deflected by another players body or their material. Also, skilled shooters are able to add a curve to their shot and that makes it even more difficult to stop their shot.

Let’s be honest, usually you know with which body part you’re going to make the save. So why is it still important to read the contact with the body of the ball? Well, the positioning of your body and body parts have an influence on where the ball is deflected to. As an example, you can take a look at the initial position. As we lean our upper slightly body forward, shots in our chest bounce more straight to the floor than when we were in an upright position. Same goes for every body part, e.g. how stiff our hands are when you use them to save a ball. Also, you would break the chain of following the ball.

What happens with the ball after it hit your body is called rebound. In the best scenario you make a catch, which is basically no rebound. In the worst case, the ball bounces of you and goes back to the opponents, giving them a new opportunity to score a goal.

As a visual help we have made the following video:


What are common mistakes?
A common mistake is looking past the ball. Basically, this means that you are looking at where the ball came from and not where it is going. This might be one of the reasons of sometimes being “a little bit too late”.

Another mistake is one sourced by coaches, who focus on rapid fire and exercises with multiple shots. We don’t say these drills are bad, but too many may train you in a way minimizing your chances on tracking the ball into your body and away from it.


Summary
Ball tracking is nothing new and we aren’t the inventor to it. As mentioned before, some of you are already doing it, maybe knowing it or maybe not. This post is here to give you some thought-provoking impulses on how to improve your game, not to revolutionise the whole floorball goalkeeping. Also, Ball Tracking is not everything. If you are full time focusing on the ball, you lose awareness on what else is happening on the field.
“The season is nearly over, why do you share this knowledge so late?” you may ask. Well, hand-eye coordination and drills play an important role in ball tracking and these are mostly done in the off-season. Now we have a good chance to improve your skills during this time of the year with something (maybe) new for you. And yes, we will provide you with new drills focusing on ball tracking soon, so you are prepared for the off-season ;)


* The word "curve" is taken from the word ballistic curve (military vocabulary). According to Wikipedia it means "The ballistic curves are the trajectories of a massive point subject to a uniform gravitational field and a fluid friction force, in the opposite direction of the velocity vector, its intensity being proportional to a certain function j(v) of the absolute velocity." 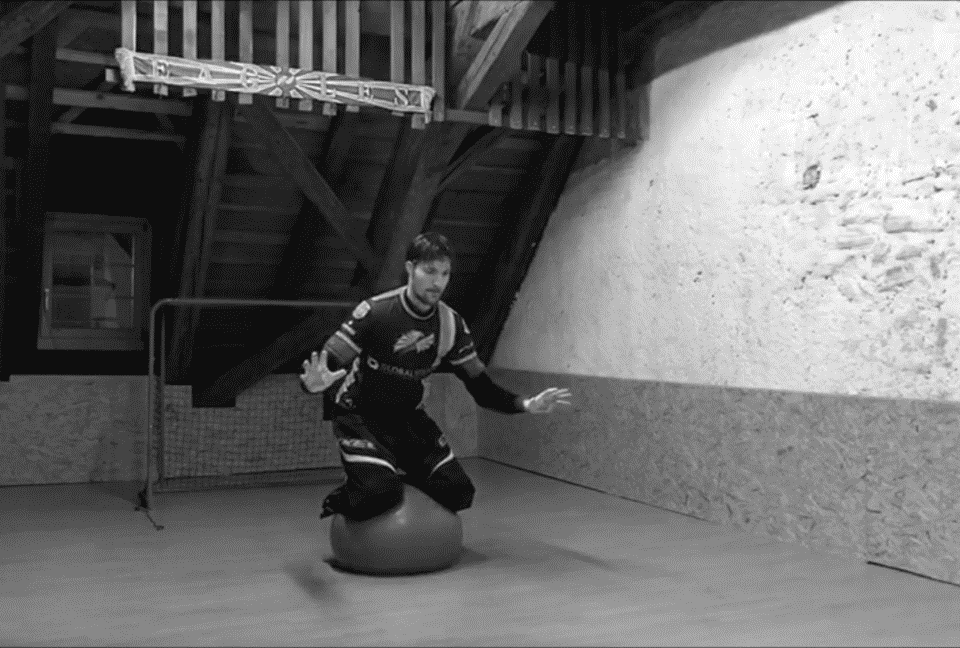