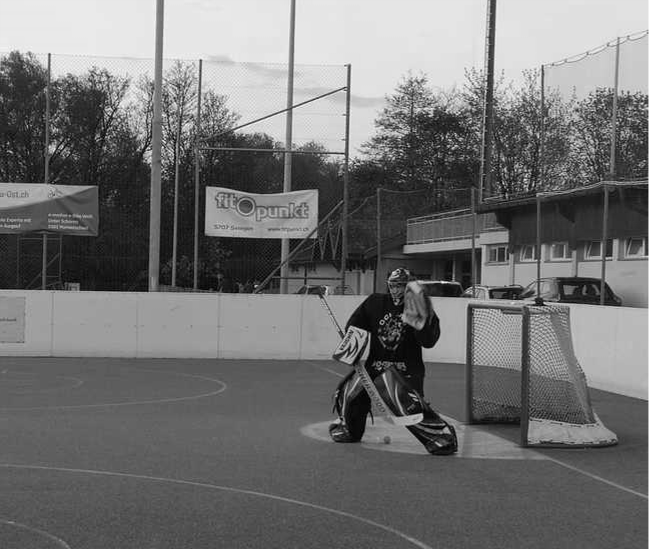 An Excursion through a different Way of Goaltending

Besides a lot of strength, mobility, speed, reaction, etc. training, the off-season is also the time, where we can try out something new. Or in this case, something kind of new.

Ball or Street Hockey is played on a tar like terrain, with ice hockey markings and one ice hockey sized goals. The field measures between 26 x 52 meters and 30 x 60 meters. In Switzerland’s best division, the NLA, teams play 5v5 plus Goalkeeper, in lower leagues matches are played 4v4 plus goalkeeper, as the courts are usually smaller. The ball is orange, measures about the same size as a floorball, but is made of hard plastic and weighs 105 grams.

Field Players:
Players wear sneakers, ice hockey gloves, an ice hockey helmet and play with an ice hockey stick. During the time the producers started to create new, specialized equipment, that fits more to the sport. For example the jerseys and gloves became lighter.

Goalie
The goalie wears besides the skates the same equipment as an ice hockey goalie:
All of this sounds very heavy, but the material is pretty lightweight and weighted less than expected. A real difficulty comes with moving, walking down the stairs was a real challenge and getting up from a butterfly was… let’s say ‘a good leg exercise’. Unfortunately, they only had blockers for the right side. When playing on field, my blade is bent to the right side, which means I had the gloves on my weaker hands. But to be honest, I am happy that I even got a chance at this. :)

I (David) can call myself lucky to have trained with a team in first division, which was competing in the final four of the national street hockey cup and finished the season in second place. The Seetal Admirals are located in Lenzburg, Canton of Aargau, Switzerland and can look back at a long story starting back in 1997. The clubs supports the spreading of the sport by organizing trainings at schools nearby

As a young kid I was playing as a football goalie. But I got confronted early with ice hockey on TV and later on with watching games live at the nearby club in Olten. The position always fascinated me, but the position of the ice hockey goalie fascinated me the most. To me they looked so cool and athletic with all their equipment (and in my opinion they still do today). Anyways, I never got the chance to try out the sport, and as my balance isn’t the best, I also never learned proper ice or inline skating. So I saw my chance in Street Hockey and wanted to take it. I asked the club by mail if I could come for a few training sessions and they welcomed me warmly and with open hands.

So we want to start step by step… Walking on the pitch with all this equipment I felt like a tank, my confidence got boosted immediately and I got a bright smile on my face. But to be honest, I was still worried about the pain I could get after a ball hit me. This was clarified pretty fast, as one of the first slap shots hit my chest and I didn’t feel anything. Great! Let’s face more shots! This experience grew my confidence and trying to look like my favourite NHL-Goalies on the ice I tried to stop the shots… and failed horribly. To me the initial position on the knees was so natural in comparison to this constantly squatting position. And oh boy, flat shots, as going into the butterfly position wasn’t as easy as it looked like on TV or these YouTube save compilations. And as said before, getting up into the standing position was really tough on my legs. Moving from side to side was also not easy, as I nearly stumbled over my pads, as I was not used to equipment like that. But besides these difficulties and the fact that I was pretty exhausted, nothing could stop me from trying these sick windmill saves. What also was not on my mind, as this is mostly an outdoor sport, was that the temperature sunk and that it got darker after some time. Also a fact, when diving for a ball (which should of course only be done in emergency situations) you will not be able to get up as fast as these goalies in the NHL. Actually, this will take a pretty long time, especially if you look at the game situation. The reason why might be that as floorball goalies we develop different muscles than these guys. Or I am just a bad athlete. Whatever… At the end of the training I got the chance to save some penalties, which I would say I kind of did well, at least for my experience. It is pretty difficult to react to these dangles of the players while standing, but that comes from being a floorball goalie originally.

Even though this was a really exhausting experience, I can really recommend it to everyone. Even if just for the training of leg muscles, but experiencing different saving techniques and basically just having fun and doing something you always wanted to is never a bad experience. The sport is in my personal opinion very underrated and also fast paced, maybe not as fast as ice hockey or floorball, but still pretty fast. If you are a younger goalkeeper and have problems with facing the ball or maybe are afraid of it, a training in this sport might take your fear away. A special thanks goes out to the Seetal Admirals! Thank you very much for having me and letting me experience the sport and some of your trainings. I hope you guys can win the title next year ;) Also a very special thank you goes out to my amazing girlfriend, who took pictures during the training session. Below you can find some images and a video from my experience. Click on the images for higher resolution. 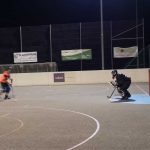 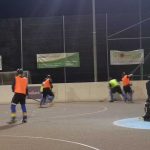 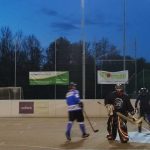 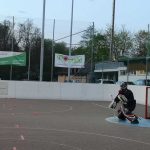 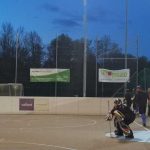 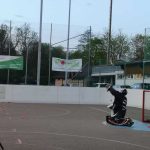 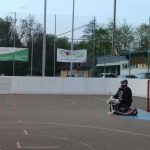 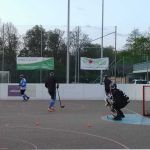 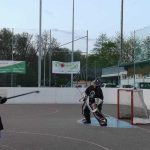 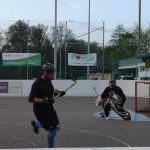 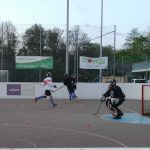 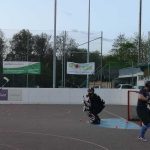 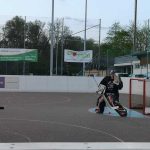 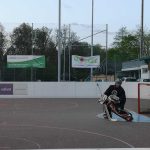 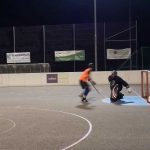